The founder and owner, Emin Abufele planned to build a new rice mill in San Pedro Sula, Honduras as part of IMSA's business expansion and ordered a complete rice mill from SUS in January, 2011.Satake installed processes from receiving dry paddy to packing white rice, including Satake's weigher (SLS/STBS), for the first time in Latin America.The milling capacity is 5t/h based on long paddy and rice storage capacity is up to 10,000 tons.The amount of the contract is roughly 1.2 million US dollars.About 400 people including the president of Honduras, ministers of congress, agriculture, industry and foreign affairs, Japanese ambassador to Honduras and media workers attended the rice mill's grand opening.

IMSA was founded in 1972 and started with one wheat milling facility. It has steadily grown to become an important part of Honduras' food industry.The food company supplies bagged ingredients such as wheat flour, corn tortilla flour and rice to Honduras' retail market.

Satake has installed rice mills in Honduras before. Based on this installation of the Satake's weigher for the first time in Latin America, we would like to introduce a sales promotion for weighers and rice milling systems in Honduras. 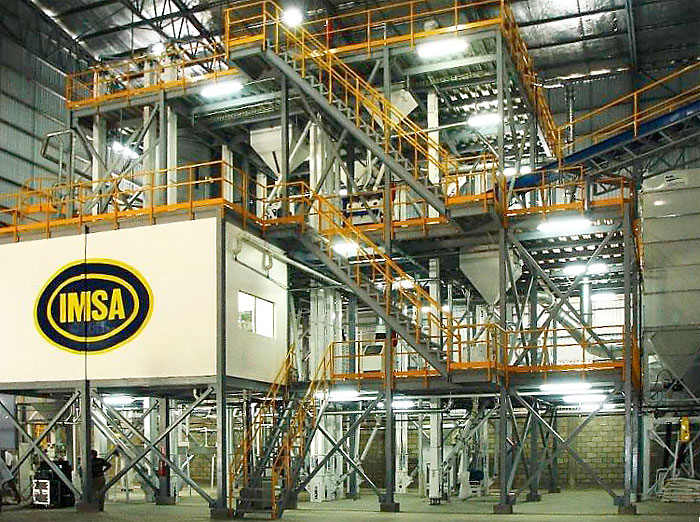