Staple Food of the Maasai people

Staple Food of the Maasai people

Have you heard of a food called "ugali"? 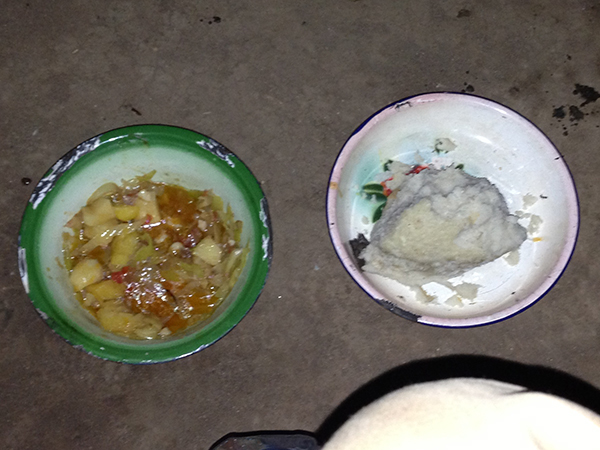 Ugali is a unique culinary tradition in Africa which is cooked by putting maize flour inside a boiling water until it reaches hardened dough-like consistency.

A rare opportunity had befallen me in 2013 to visit Kenya as part of university exchange program. Staying with a local Maasai family, I could actually observe first-hand what it really feels like to live Maasai way of life. My formerly held preconceptions about Maasai as nomads living a primitive way of life and engaged in herding and hunting was quickly crushed as soon as I directly experienced their social life. It actually turned out that they rarely hunt, live in permanent settlements, and contrary to my perceptions, wholeheartedly embrace modern technological conveniences, including smartphones. 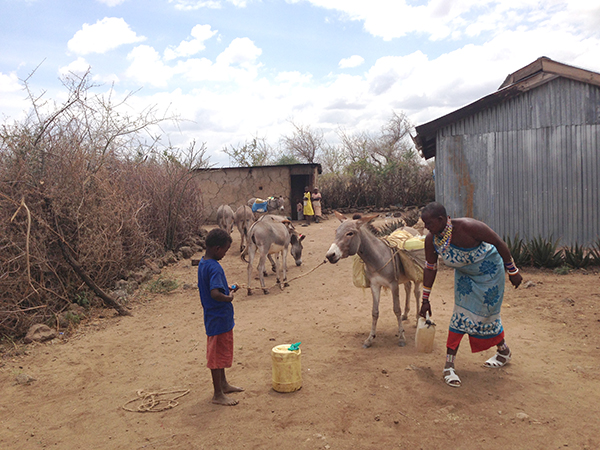 By embracing sedentary life, Maasai's diet has also undergone profound changes from mere hunting to cooking delicious dishes in which ugali-related cuisine occupies a special place. During my stay, I was lucky enough to catch a glimpse of ugali's cooking process. And guess what, its preparation is really simple and straightforward: just mix maize powder with hot water. As ugali is not seasoned it almost lacks any particular taste. However, ugali's delicious taste fully comes out when it is consumed with other side dishes, including soups, cooked meat and beans.

When my host family treated me with ugali for the first time, I was surprised how big a portion it was. "This is normal at our house!" my host mother said at the time while putting a huge lump of ugali in front of me. I also remember that eating ugali caused the feeling of dryness in my mouth. As water scarcity was still a lingering issue in those areas, eating ugali everyday was an everyday battle for me. I always felt thirsty after eating ugali yet had to be content with drinking limited amount of water. Despite this, it was too tasty for me to leave any ugali behind on my plate as I enjoyed it very much. So, the only way left to quench my thirst was to "drink" my own saliva.

Ugali for Maasai is a wonder food. My host mother used to say that thanks to its highly nutritious content, ugali is a stable source of food for Maasai which allows their children to go to school to improve literacy rate and gain knowledge instead of wasting their precious youth period on hunting.

As Satake machinery is world-renowned for its precision-based processing of the world's three main staples including maize, I keep wondering whether the delicious ugali I was eating for the first time in Kenya was actually processed by Satake machinery.