Rice mill in a Jungle

Rice mill in a Jungle

20 years ago, I was struggling to grow rice in Nuku, a village deep in the jungle of Sandaun Province, Papua New Guinea. The village, was almost completely isolated and could only be reached by a small propeller airplane. The airport was just a grass-cleared field often closed because it got muddy when it rained. 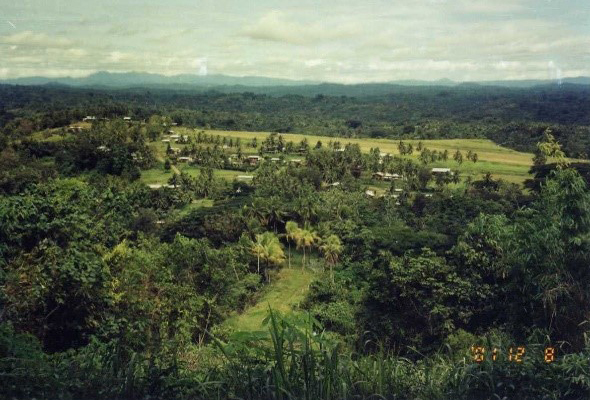 Papua New Guinea had traditionally been eating Sweet Potato, Taro potato, and Sago (a starch extracted from the palm trees) as their staple food. They started eating rice since around 1960s and gradually increased its consumption reaching national average of 30 kg per year, per capita, by the time I got there. With its self-sufficiency rate being only 2 to 3 %, rice was flown into the village every week by airplane. Almost all of the rice was produced in Australia. Rice could be grown in the country, in fact, I could find traces of rice irrigation even in Nuku.

I went to Papua New Guinea as a volunteer dispatched by Japan Overseas Cooperation Volunteer for JICA, and worked to DAL Nuku (Department of Agriculture and Livestock) as a public officer to assist revitalizing the rice farming in the country. When I arrived in the Nuku, several decades had already passed since the major rice cultivation was halted. I started my activities by searching for the reasons why rice cultivation did not continue. I spent many days researching old documents and visiting the surrounding villages to talk to the residents, even though the available transportation was on foot, only. I walked for two hours, sometimes six hours, through the jungle, over mountains and valleys. As a result, I discovered a several reasons why rice farming had been disrupted in the past. One of the major reasons was lack of a rice mill. To be exact, lack of working rice mill. I was told that in one occasion, the village had so much rice harvested, but eventually most of the rice was ruined in the storage.

Left abandoned for many years, it stood quietly in a shed overgrown with grass. This was the only rice mill in the village. No one knew much about the mill, which was the reason why it was not used for many years. I was simply told that mill didi not work, but I had no idea what was wrong with it, and after many attempts to figure it out, to no avail, I finally had to ask a professional technician from the capital city for a help.

As soon as the rice mill started working, the villagers, together with us, started to cut through the jungle to try to grow rice again. Since we did not have large financial resources, we started growing rice for our own consumption. We started with 4kg of seeds and harvested 300kg by initial crop. We ate some of it, but by putting most of it into the next planting, the next harvest was over 10 tons of production. By that time, the news which we re-started rice cultivation spread to many villages. Soon, we started to see people making a line in front of the rice mill to get seed rice or bring their paddy rice to mill.

The villagers themselves produced, harvested, and dried the rice. No transportation was available, it took several hours to bring all of the heavy rice to the rice mill, on foot. Now, there was a well-maintained rice mill, and everyone was delighted when the clean white rice comes out of the machine after being hulled and milled. 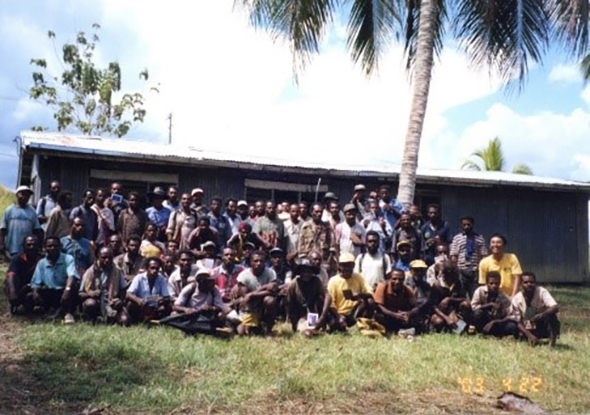 The rice mill has been transformed into a lively place where farmers visit constantly from morning to night and the sound of the engine echoed in the jungle. The rice mill charged a small fee that became a valuable source of cash income in a village.

Seeing how a rice mill could make people happy and contribute to the community, it was a natural progression for me to desire to work for an engineering company with over hundred years of tradition in rice processing, Satake. I told my exciting experience of Nuku in front of HR at the interview and it was well received, at least I believe so, because I was accepted. Since then, I have been working at Satake providing solutions to over 150 countries around the globe, hoping to see people's happy faces by contributing to the grain processing industry. A good memory from 20 years ago is the driving force for me.