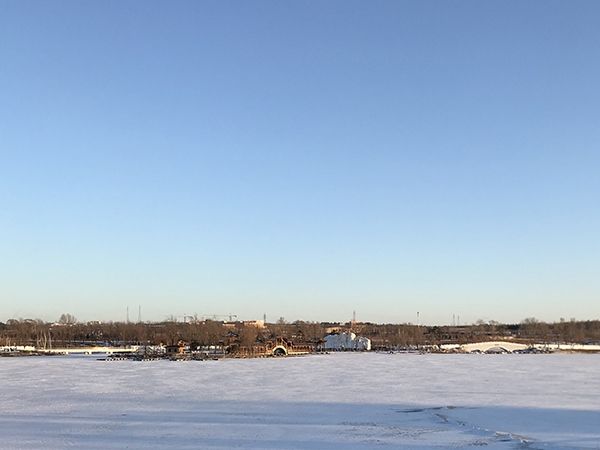 I just returned from China installing equipment at a Sake rice milling facility. Due to the situation, the company chose one who could do all tasks, oversee installation, electrical work, and operator training. I was the fortunate one.

Although the tasks were not easy, especially when outside temperature drops to -30 degree Celsius, I truly enjoyed doing my job, like I have always been.

My first experience with sake rice milling was almost 35 years ago. I joined Satake when I was 22, where I worked for 4 years designing circuits for measuring instruments and 3 years developing optical sorting machines. it was my 8th year with the company when I was assigned to a group in our Technical Division, Rice Milling Section 1. First thing I was told by the chief engineer was to be in charge of "DB" development. I wondered what kind of "Database" I would be in charge of. DB turned out to be not a database but Satake's legendary sake rice milling equipment that revolutionized Sake brewing industry several decades before. 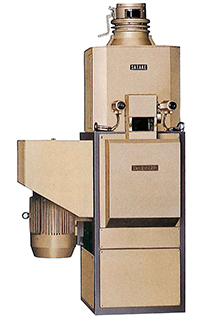 We started by modifying screen of the existing DB25C and in 1989 we developed the DB25E with a completely new milling chamber. After that, we started developing a scaled-down, smaller milling machine. When I asked a senior colleague how to obtain the same rice milling effect in a scaled-down version, he told me that it could be obtained if the peripheral speed of the abrasive stone was the same. The result was not good, creating huge amount of broken rice. From that time, we milled rice day after day under different conditions for about a half year until we finally found the right conditions to obtain the perfect milling effect. Although it was tough and stressful, I still enjoyed developing something no one had. The result we were lead was to obtain the same milling effect with different abrasive milling machine size, specifically the abrasive stone diameter, matching "circumferential speed x centrifugal acceleration" was necessary.

This can be written as a formula: "V3/r=constant V: peripheral speed r: radius of the abrasive roll". More than 30 years have passed since then, and the above formula is still used in the development of rice milling machines and in the creation of milling patterns in sake rice milling machines.

My wife and I watched the movie "Ginzuru monotachi" on our day off just prior to this business trip. It is a movie about how Saijo in Hiroshima prefecture, Japan, became a famous sake brewing town, sometimes called sake capital. The life story of Senzaburo Miura who developed brewing sake with soft water. He tried and failed so many time until he finally perfected the recepe. He left a motto Hyakushi-Senkai, "hundred trials and a thousand changes", never give up until you succeed. His effort did not stop there. He shared all his knowledge to breweries in this town, and Saijo became one of the most well known sake brewing town in Japan. 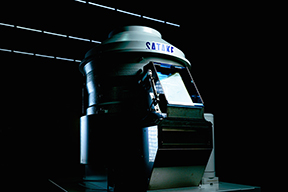 In the movie, young Ri'ichi Satake, founder of Satake, is also well depicted. In the scene where Mr. Kimura from now Kamotsuru Sake Brewery first introduces Ri'ichi to Senzaburo, I was heavily moved seeing a drawing of the rice milling machine in Riichi's hand. The history of modern rice milling machines for sake brewing can be said to have begun with the Japan's first powered rice milling machine by Satake. It has been over 126 years since this dramatic event, and I believe that as long as there are people who love sake, have passion to brew better sake, there will be no end to this history.